Velddrif - a hidden gem on the West Coast!

A Great Escape to Fabulous Velddrif

Last weekend I got the urge to go and explore the little fishing village,  Velddrif on the west coast.  I invited a friend  along and we stayed the first night at the Riviera Hotel situated on the bank of the Berg river.  We arrived after 6pm and I suggested that we investigate the famous street, Bokkomlaan for a dining experience.  We found the restaurant, 'Die Vishuis' and decided to appease our hunger right there and then.  The host, an extremely friendly and hospitable man quickly welcomed us with 2 enormous oysters from Langebaan.  I have never encountered that size oyster before!  It was almost a meal in itself.  However, we ordered mussels and calamari to follow which was absolutely delectable!

The next morning we went cruising on the Crackling Rosie to explore birdlife on the popular  Berg river.  We were welcomed by Wendy our hostess and Nico the skipper.  Some other guests also joined us to enjoy the beautiful boat trip.  The birdlife witnessed was formidable!  Paradise for birdwatchers or bird photographers.  Wendy treated us with muffins and drinks and Nico pointed out various wader species en route.  We had so much fun on the early morning cruise that we decided to indulge and do the sunset cruise as well!

After our sunset cruise all the restaurants were unfortunately already closed in Bokkomlaan and we were told to go to Teyana. It was very casual and informal and we were once again super satisfied.

Our second night we  spent at the guest house, Casa della Diga at Port Owen.  The resident parrot, Rocco welcomed us at the reception!  This guest house is situated on the edge of the waterway with exquisite views!  We also enjoyed a formidable breakfast the next morning included in the very affordable rate.  Our hostess, Rieta was extremely hospitable and accommodating.

After breakfast we went for a stroll along Bokkomlaan to enjoy the activity along this road that has been declared a national heritage one year ago.  The name Bokkomlaan is derived from the bokkoms (dried fish) that is indigenous to Velddrif.  The resident flock of geese were waddling to and fro across the road, hissing at the odd vehicle passing by.  A 'tame' grey heron was also roaming the street keeping an eye on Ubunto Vissery for the odd hand out.  Two pelicans were paddling close to the shore which was apparently there first 'visit' since 'lockdown'!

In  the picturesque Bokkomlaan with quaint coffee shops, restaurants and bokkomdrying, time seemed to stand still. 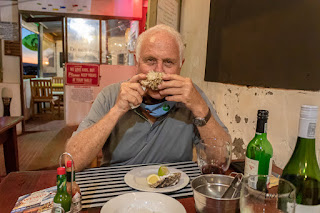 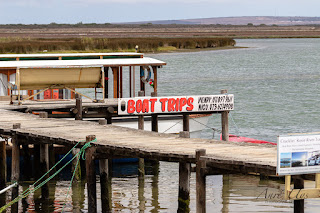 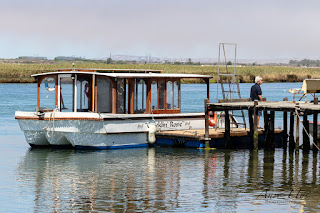 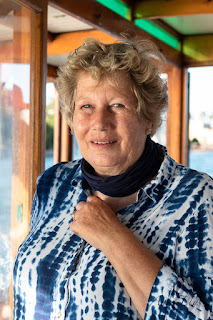 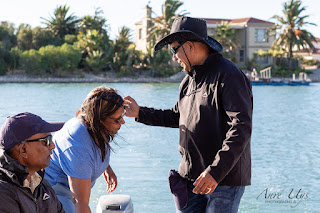 Guests onboard the Crackling Rosie 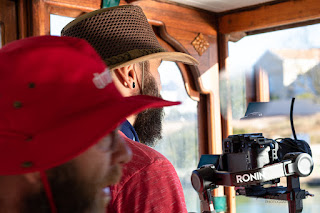 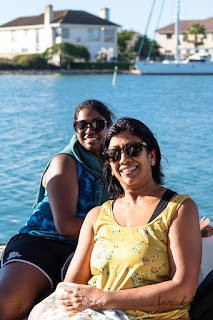 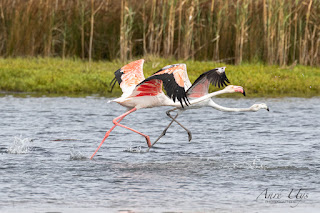 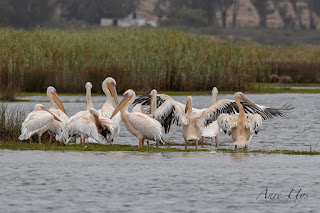 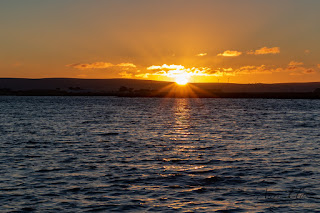 Sunset over the Berg river 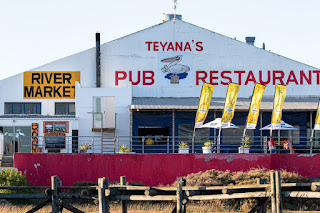 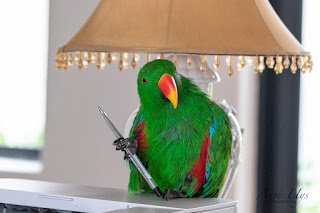 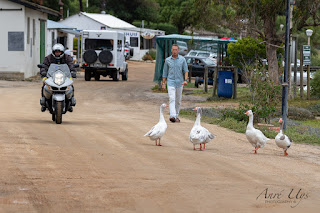 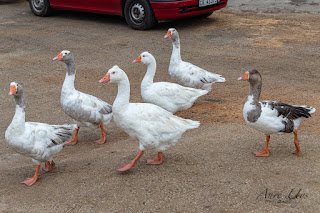 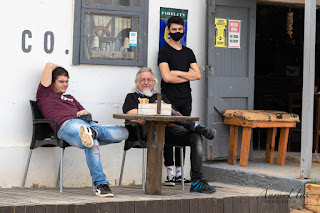 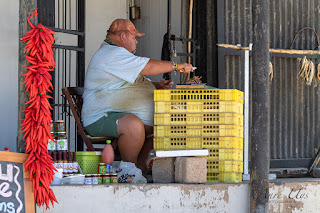 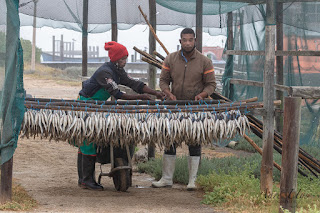 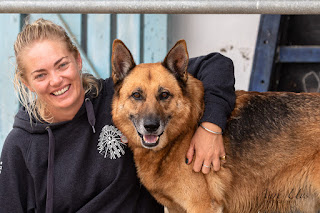 Local girl with her dog 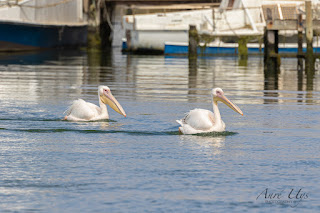 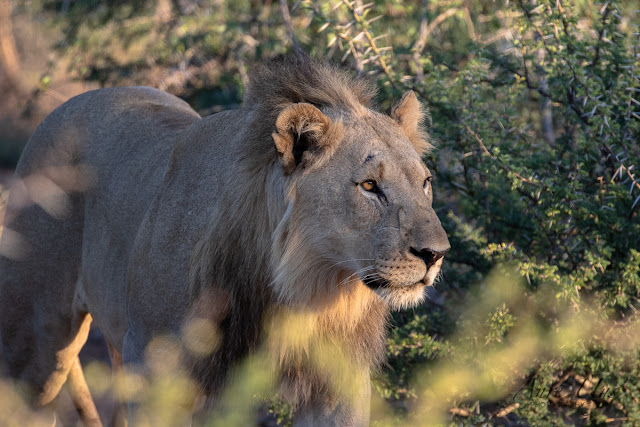